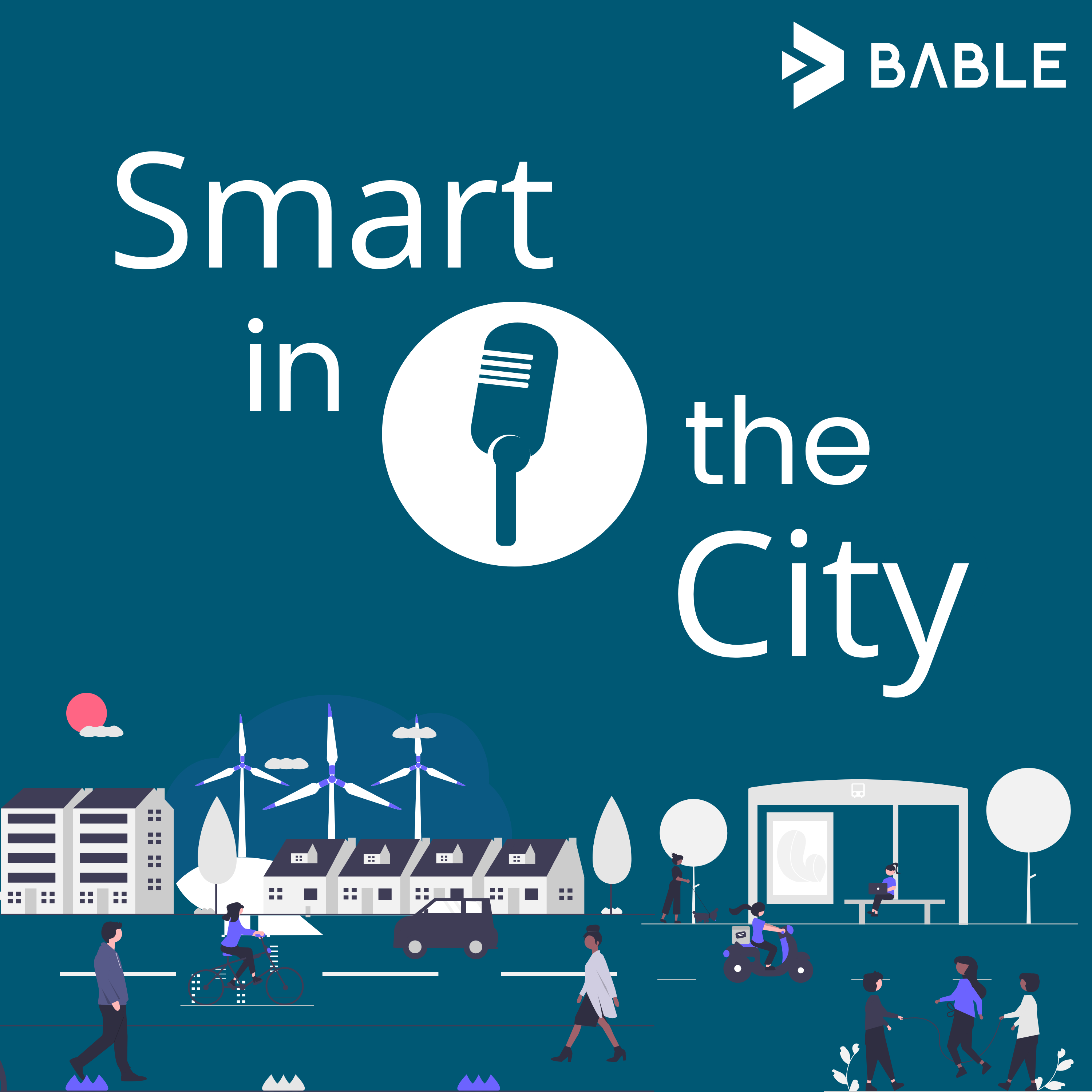 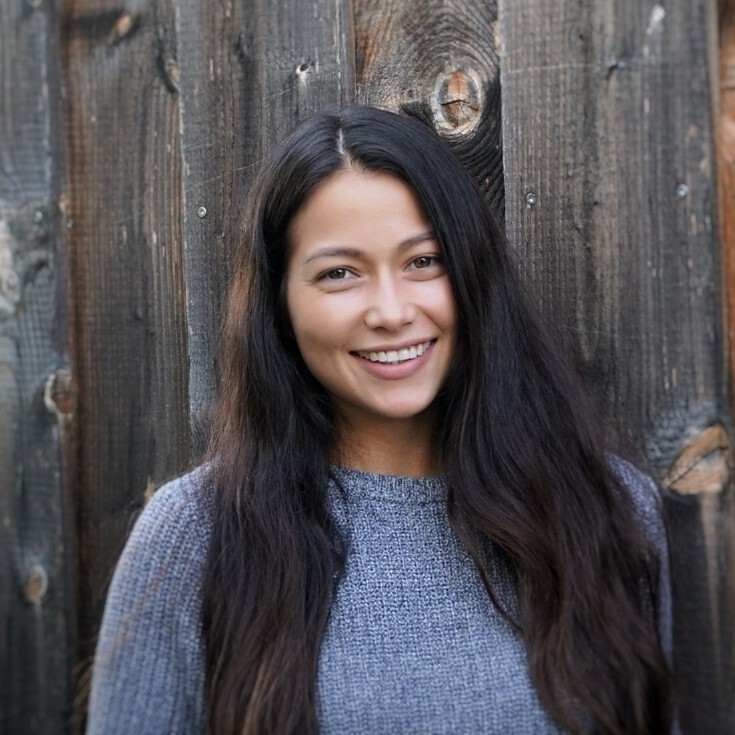 On our journey toward a better urban life, we talk about cities but also Smart City solutions and trends.

The SDIA strives to bring together companies, individuals, and governments to advocate and realize key initiatives such as heat reuse, smarter power consumption, and efficient use of resources.

11:28 - Looking at it from an investment perspective

21:14 - Roll with the Punches: our guest answers "this or that" questions

#6 European Cyclists'​ Federation: "Putting the money where the mouth is"

In this episode, we hop on our bicycles to pursue our journey toward a better urban life with Jill Warren, CEO of the European Cyclists'​ Federation, and Shannon Macika, Smart Cities Consultant at BABLE. We discussed biking, active mobility, public health and urban planning, as well as ECF's goals and challenges as an umbrella federation for civil society cyclists' organisations in Europe, which promotes cycling as a sustainable and healthy means of transport and leisure. Overview of the episode: 02:42 - Teaser: Rapid Fire Questions 04:19 - What is ECF? What are your main goals and activities? 05:29 - Zoom on the Velo-city conference 07:00 - What do you think are the top priorities for active mobility? 08:44 - On the policy side of things, what needs to happen for people to feel more safe cycling? 10:14 - Do you have best practices examples? 11:24 - What do you think are the main challenges behind increasing more active mobility in cities? 15:59 - What about people with reduced mobility? 18:22 - Do you have any examples of poorly executed implementations? 21:03 - Have you experienced limitations to what you can do to impact active mobility causes? 23:48 - How would city representatives come to work with you, and what can they get out of it? 25:02 - And for companies? 25:52 - Ending Question: To you, what is a Smart City?   Liked our show? Remember to rate it! Want to join us for an episode? Contact our host Tamlyn Shimizu. And for more insights, join our Smart City Community! ...

Our next stop on this journey is in the city of Glasgow, Scotland with Gavin Slater, Head of Sustainability at the Glasgow City Council, who discussed sustainability, Climate Plan, innovation districts and urban planning with us. Glasgow is part of the Urbact Global Goals for Cities Network, working to accelerate progress towards achieving the Sustainable Development Goals in 19 cities of the EU, through peer learning and integrated action planning.   Is your company a leader in sustainability, innovation, or a key player in the Smart City field? Join us for BABLE's Innovation Market Watch!   Overview of the episode: 01:58 - Teaser: is it true that the Glasgow City Chambers have more marble than the Vatican? 03:00 - Gavin Slater's professional background: "always trying to make a real difference from a public sector point of view" 04:48 - How does Gavin sees the impacts following COP26? 06:30 - What is sustainability? 08:00 - Focus on Glasgow's Climate Plan 09:25 - What is the biggest hurdle? 11:45 - How can you work in a political sphere where politicians are concerned about their ongoing position? 15:20 - What issues do you face when working with the private sector? 16:46 - The Climate Neutral Innovation District in the city centre of Glasgow 20:18 - Who are the stakeholders and how are they cohesively involved? 23:10 - What is the key to stop planning and start implementing? 27:35 - Roll with the Punches: our guest answers "this or that" questions 29:42 -  Ending Question: To you, what is a Smart City?   Liked our show? Remember to rate it! Want to join us for an episode? Contact our host Tamlyn Shimizu. And for more insights, join our Smart City Community! ...

Let's take a moment on this journey toward a better urban life to reminisce about 5 years of Smart City projects at BABLE with host Tamyn Shimizu, CEO Alexander Schmidt, Senior UKI Consultant Nikita Shetty, Smart Cities Consultant Shannon Macika and Iberia Consultant and Business Developer Héctor Cañas. BABLE Smart Cities was established 5 years ago with the goal of helping cities to become smarter, more sustainable and more livable. Along this journey, we collaborated with many partners and cities on different projects that we wanted to celebrate on this special day. Is your company a leader in sustainability, innovation, or a key player in the Smart City field? Join us for BABLE's Innovation Market Watch! Overview of the episode: 04:15 - Shannon's favourite project: SPARCS (Sustainable energy Positive & zero cARbon CommunitieS) 06:12 - What were this project's challenges? 07:42 - Nikita's favourite project: the development of a Smart District in the city of Belfast, Northern Ireland 09:00 - Who were the stakeholders involved in this project? 10:50 - What were the main challenges of this 2 years-long project? 12:10 - An advice for cities wanting to develop a Smart District 13:17 - Hector's favourite project: working on a Smart Mobility Strategy for the city of Beasain, Spain 13:57 - Why do cities need a Smart Mobility strategy? 15:35 - What are the impacts of this project, and the limitations of these impacts? 17:42 - Alex's favourite project: developing a delivery system based on electric cargo bikes in the city of Ettlingen, Germany 19:25 - Are there determinating factors for the speed of a project? 21:48 - Hot Take of the Day: we hear an opinion from our guests that may be slightly controversial or ...