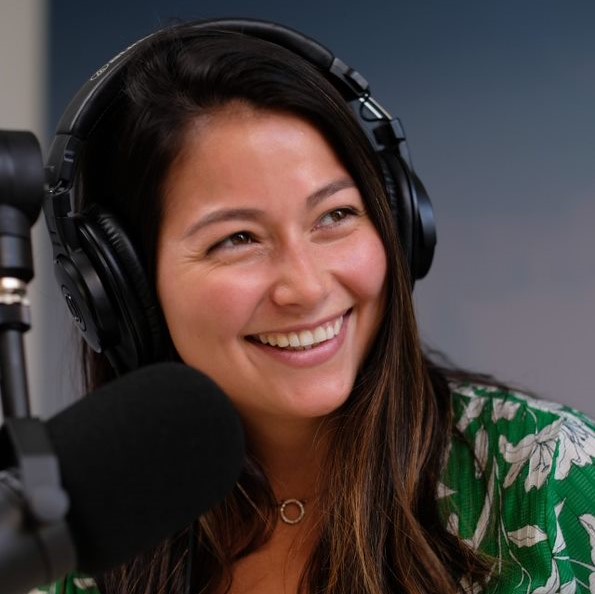 In the second episode of our Smart Dublin mini-series, we spoke with Luke Binns, Smart Dublin Projects Coordinator, and Gabriel Byrne, Systems Analyst & Team Leader in the South Dublin County Council, about the world of open data and data ecosystems.

02:43 - Teaser: What are things that people get usually wrong about open data?

04:37 - What are Luke and Gay working on specifically? What is Dublinked and how does it work?

11:00 - What are the challenges when it comes to citizen engagement?

18:40 - What could be the negative consequences of open data?

26:51 - Shoutout: our guests mention a person, an organisation or a city they think deserves more recognition in the field

Is your company a leader in sustainability, innovation, or a key player in the Smart City field? Join us for BABLE's Innovation Market Watch! #6 European Cyclists'​ Federation: "Putting the money where the mouth is"

In this episode, we hop on our bicycles to pursue our journey toward a better urban life with Jill Warren, CEO of the European Cyclists'​ Federation, and Shannon Macika, Smart Cities Consultant at BABLE. We discussed biking, active mobility, public health and urban planning, as well as ECF's goals and challenges as an umbrella federation for civil society cyclists' organisations in Europe, which promotes cycling as a sustainable and healthy means of transport and leisure. Overview of the episode: 02:42 - Teaser: Rapid Fire Questions 04:19 - What is ECF? What are your main goals and activities? 05:29 - Zoom on the Velo-city conference 07:00 - What do you think are the top priorities for active mobility? 08:44 - On the policy side of things, what needs to happen for people to feel more safe cycling? 10:14 - Do you have best practices examples? 11:24 - What do you think are the main challenges behind increasing more active mobility in cities? 15:59 - What about people with reduced mobility? 18:22 - Do you have any examples of poorly executed implementations? 21:03 - Have you experienced limitations to what you can do to impact active mobility causes? 23:48 - How would city representatives come to work with you, and what can they get out of it? 25:02 - And for companies? 25:52 - Ending Question: To you, what is a Smart City?   Liked our show? Remember to rate it! Want to join us for an episode? Contact our host Tamlyn Shimizu. And for more insights, join our Smart City Community! ...

#4 H22 City Expo: "Bringing out the super-hero in everyone"

Today, our journey toward a better urban life led us to the city of Helsingborg, Sweden. In this episode, we sat down with Åsa Bjering, who works in international relations for the city, and we discussed the main event to come in Helsingborg this summer: the 6 weeks-long H22 City Expo. From 30 May to 3 July 2022, it will be the culmination and springboard in the city's long-term initiative to become an enabler of collaborative innovation and be the biggest arena in Europe for sustainable urban transformation in 2022. BABLE will be at H22 City Expo for the Urban Future Conference on June 1st-2nd and at the H22 City Arena on June 15th. Want to meet up? Contact us! Overview of the episode: 02:27 - Teaser: How would you describe Helsingborg in 3 words? 05:07 - How did the idea for H22 City Expo start? 10:19 - What is the central goal behind this initiative? 12:46 - What are the opportunities and benefits for city representatives coming to Helsingborg? 14:15 - The H22 program: a little bit for everyone 16:55 - Bringing out the super-hero in everyone 18:31 - What are the benefits for companies? 20:10 - A 6 weeks-long expo: will it be worth it? 22:20 - What is it that makes us belong in a city? 23:40 - Roll with the Punches: our guest answers "this or that" questions 25:13 - Ending Question: To you, what is a Smart City?   Liked our show? Remember to rate it! Want to join us for an episode? Contact our host Tamlyn Shimizu. And for more insights, join our Smart City Community! ...

#8 Master in Smart City Solutions: "How do we train?"

On this new stop on the journey toward a better urban life, we look at Smart Cities through an academic lens with Iris Belle, Professor and Dean of Studies for the international Master's programme for Smart City Solutions at the Stuttgart University of Technology. In this episode, Iris tells us more about the creation of the Master Smart City Solutions at the Stuttgart University of Technology, as well as different case studies and texts of reference in the field. We also discussed urban design, the ecosystem of stakeholders and the role of different cultural perspectives. Overview of the episode: 02:00 - Teaser: What's Iris' favourite topic to teach? 05:20 - The case study of an indoor climate control system at the Franklin Barracks in Mannheim, Germany 07:58 - The case study of an autonomous shuttle bus in Sion, Switzerland 10:20 - The BABLE Use Case of an autonomous shuttle bus in Tallinn, Estonia 11:20 - Why does the Smart City Solutions Master programme exists at the University of Technology of Stuttgart? 14:49 - Pieces of advice for Smart City professionals 20:10 - How much of these Smart City topics can we really teach? 25:47 - The importance of a user-centric approach in urban design 30:27 - Shoutout: Our guest mentions a person, an organisation or a city they think deserves more recognition in the field 32:52 - Ending Question: To you, what is a Smart City?   Liked our show? Remember to rate it! Want to join us for an episode? Contact our host Tamlyn Shimizu. And for more insights, join our Smart City Community! ...